I just got back from Prague after the ITSF 2016 conference. If you weren’t there, you missed another great event in a beautiful city. You can always book for next year, when the conference will be in Warsaw, Poland, of if you can’t wait that long, there is always the WSTS conference in San Jose, California in the first week of April.

This year, there was a subtle change in the title of the event – the T now stands for “Timing” not “Telecom” – and it showed. There was a whole session on synchronisation in finance, and there were papers on automotive timing, industrial networks and geo-location of goods, as well as the conference staple of telecom and mobile communications. For the first time ever at ITSF there were over 200 attendees. Also, there were so many papers that there were twin tracks on one afternoon to accommodate them all.

Neil Horlock became the first banker to present at an ITSF conference when he presented the keynote to the session on finance. He touched on the “flash crash” of 2010, with a quote from Michael Lewis “The unit of trading was now the microsecond, but the records kept by the exchanges were by the second. There were one million microseconds in a second”. In a different vein, there was a paper on automotive timing that conjured up a vision of 60 tonne trucks, synchronized together and driving in a train only 1.5m apart. Scary stuff if that goes wrong! The closer they can drive together, the better the overall fuel consumption for the fleet, but they need good timing to anticipate what the front truck is doing.

Each year, the conference nominates a “Time Lord”, and this year it was Robert Drullinger, who led the development of NIST-7, the most accurate Caesium beam tube ever developed. Robert gave a fascinating talk about how he had participated in the research of not one, but two Nobel prize winners. His clock was the USA’s official source of time until 1999, and is now in the Smithsonian museum. As he put it, “it makes you feel old when your pet project is now in a museum”.

See you next year in Warsaw! 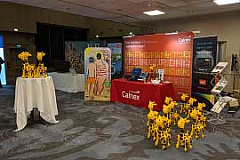 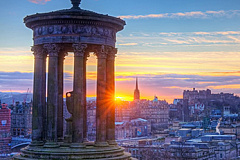